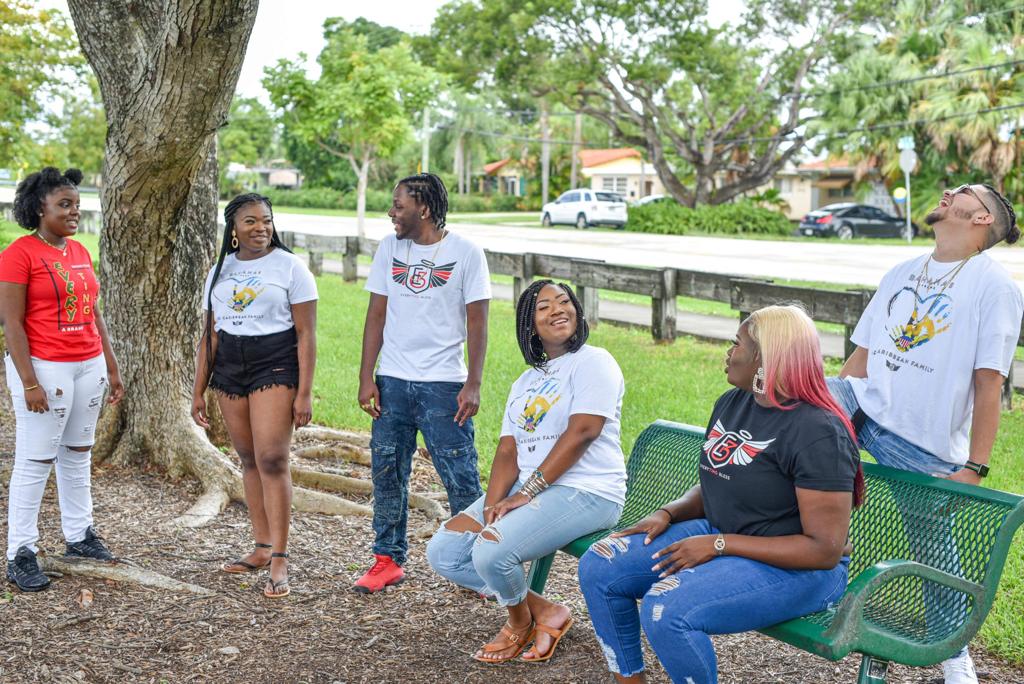 Everyting Bless is a clothing line created on positive energy and vibes. We are more than a brand! Our mission to become an entity in which we share this positive atmosphere with the world. In doing so, we strive towards creating collaborations with organizations and participating in community outreach.

Professional graphic designing services partnered with KJ Dezin where they bring your ideas to life!

We offer our website free of charge for our partners to market their products for their collaborative campaign with us.

We take full care of the order reception, order fulfillment, and customer service process for you! You won't lift a finger!

Clean, fresh, and quality products printed by us for your customers.

We ship, we package, we brand the product, and get them to your customer in time!

With our price point system we allow you to make money to put towards your cause!

Start Your Campaign With Us!

Or check out some of our designs and campaigns that’s out right now! 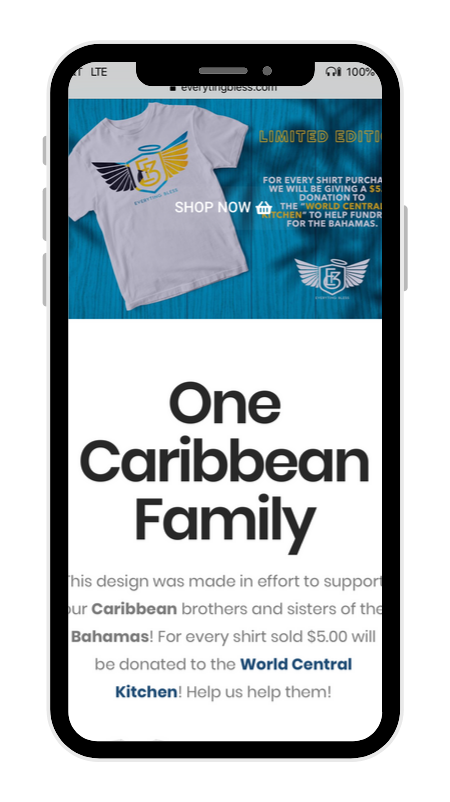 Born and raised on St. Thomas U.S. Virgin Islands. Yohance was blessed enough to learn many trades: Website Development and Web Design being one of the many skills he attained under his belt in his 20+ years of life.

As an alumnus of the University of the Virgin Islands, he holds a Bachelors in Mass Communications. Highly active in his community, he did EVERYTING from youth legislation, coaching, culture bearing and mentoring! Craving more out of life, he attained architectural skills from his father. Presently, he applies these skills as a draftsman for one of the top 20 best companies to work for in Arizona!

Award winning author is one of his biggest accomplishments, and with the amazing cooperation with K’Jani Hall, there will be a crazy series of Anansi books to expect in the future as they team up as author and illustrator! “Yo hear what I say though!”

Along with the many talents he acquired growing up, one of his most favored passion was playing steel pan with the Superior Court Rising Stars Youth Steel Orchestra from the age of 10-19. In 2013, his junior year of high school, he graduated from the Vocational Program of the St. Croix Educational Complex High School. The following year (2014), he graduated top twenty out of 264 students from the SCEC High School.

After high school, K’Jani enrolled in the University of the Virgin Islands (St. Thomas Campus) where he continued his education in the 3-2 Engineering Degree Program. Somewhere along the lines, more hobbies and talents formulated throughout his college years. While at the university, he teamed up with a group of individuals and formed a local band called Frontline Band which became an entertaining asset within the community. He was also an active part of several committees such as the Student Government Association, Social & Carnival Committee and the Frontline Band Committee, but it didn’t stop there. K’Jani soon found a interest in the art of graphic designing and began teaching himself the trade from his second year of college in 2015 till this current day. In 2016, he transferred to Florida Memorial University and switched his major to Business Administration. Falling in love with the trade, he plans to use his degree to further expand on his business KJ Dezīn: a graphic designing service catered to bringing ideas to life.
With motivation and dedication, K’Jani’s goal is to utilize his talents creating a positive change throughout the world.

Start your campaign with us now!